The first night of the newest addition to VH1″s reality TV lineup premiered last night: Love & Hip-Hop Atlanta. It is the spinoff of its popular mother show: Love & Hip-Hop, where the fiances, girlfriends, ex-girlfriends and jump-offs coexist in their own little world of nightclubs, fancy restaurants and leased vehicles. The dirty south”s version features: 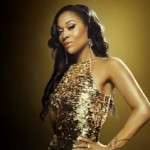 Mimi Faust: The current girlfriend and baby momma of super-producer Stevie J. She struggles with Stevie”s blatant infidelity and late nights in the “studio” (riiiiight), but is conflicted because Stevie has a gift for gab that brings her back everytime.

Joseline: A former stripper (and Stevie J”s current jump-off), Joseline has aspirations to be a huge international Reggaeton artist. With Stevie J managing (and screwing) her, she feels that their isn”t any stopping her. 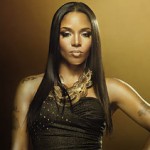 Rasheeda: Married to Kirk Frost, Rasheeda is signed to his label and management company D-Lo Entertainment. Rasheeda is a rapper from Atlanta that has had a lukewarm career. Being signed to her husband”s label while trying to balance family and business can prove to be challenging. 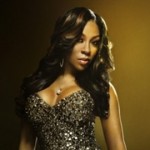 K. Michelle: A gifted songwriter, songstress and pianist, K. Michelle burst onto the scene in 2010 with her breakout single “I Just Can”t Do This” as a BET Music Matters artist. She was signed to Jive Records under the management of a man with whom she became involved with. The relationship became volatile and took a toll on her music. She was eventually dropped from Jive Records. She is currently picking up the pieces and progressing on with                                          her family and music career. 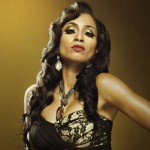 Karlie: By the age of 16, Karlie had made over 40 appearances as a model, in movies and in television commercials. As a dancer, she toured with the prestigious Alvin Ailey Dance Company. Currently involved with Antonio Reid (the son of LA Reid), Karlie is a hip-hop artist, model and aspiring actress. 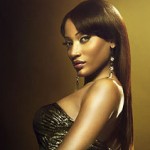 Erica: Erica and rapper Lil Scrappy”s relationship hit a “small” bump in the road when Scrappy left Erica for fellow Atlanta rapper Diamond. So when Diamond subsequently left casino deutschland Scrappy for rapper Soulja Boy, who did Scrappy run back to? That”s right…Erica. As Scrappy”s baby”s momma and longtime love, Erica struggles with forgiving the past and giving Scrappy the intimacy that he is yearning for.

Now that we”ve introduced the cast, we won”t take up too much of your time recapping. To say that last night”s premiere was entertaining is an understatement. The actual star of the show wasn”t even highlighted above: Stevie J. The show begins by him driving Mimi deep into the outskirts of Atlanta and presents her with this new house that is “for her and their daughter.” This is clearly a ploy to keep Mimi far away from the recording studio in downtown Atlanta where Stevie frolics with his “artist” Joseline.

Erica is struggling with her relationship with Lil Scrappy. Scrappy is begging for more intimacy between them, but it is hard for Erica to give that to him. We then go on to be introduced to Scrappy”s mom Mama Dee. A former pimp and drug dealer, Mama Dee is a very strong and vocal character. She expresses her feelings towards Diamond for leaving her son, saying, “She doesn”t need a rap deal, she needs a Massengill deal,” and proceeds to say that she “should”ve put Diamond on the track back in the day.”

K. Michelle tells the story of her ugly departure with Jive Records and her manager to Rasheeda. The episode ends with K. Michelle”s birthday party at a club. All of the girls gather, as Karlie professes to Mimi that she has witnessed Stevie”s involvement with Joseline. Stevie then walks in with Joseline. A few drinks were thrown and there was an altercation in the parking lot. Very entertaining.

Well, enough of our talking. Take a look for yourself. Watch the full first episode below: